There was no greater symbol of the Detroit Club's commitment to its membership or its role in the development of Detroit than its clubhouse building on the corner of Fort and Cass streets. Built specifically to house the Club, it was completed in 1891, and housed its membership, guests, and staff for over a hundred years. After facing declining membership and the high costs associated with an aging and flooded building, the building was sold at auction in December 2013 and the organization dissolved. The loss of the Detroit Club's space and place is a symbol of the organization's decline in a city that had changed considerably since the club's founding in 1882. 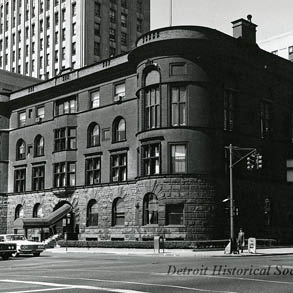 Read about the architecture of the Detroit Club 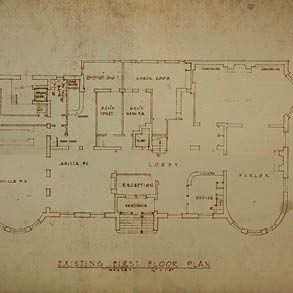