From the U.S. National Register of Historic Places:

"Featuring a modified H-shape floor plan, the Detroit Club measures approximately 130' x 70'. The club's interior is equally refined in the use of materials and decoration. A large, off-centered staircase serves as the main thoroughfare to the four levels, while service stairs are located near both end bays. On each level, a central hall has a north / south orientation with a series of rooms on each side. Primary public spaces, such as sitting and dining rooms, are currently located in the end bays, especially the south end bay, and the west side of the building. Service areas are located at the east side of the building, including a coat-check room, kitchens, and restrooms. In most of the clubhouse, wood floors are covered with wall-to-wall carpeting, with the exception ofthe men's grill, bar and grill, restrooms, and service areas. Woodwork was created in white oak and black walnut. While some original stenciling remains on ceilings, some of the interior plaster walls originally were covered with rich colors and decorative paint treatments, such as frescoes.

Overall, the club's current floor plan still follows Wilson Eyre's design for the Detroit Club. While the primary public interior spaces are largely unchanged, many of the secondary rooms have been somewhat modified or reconfigured. Nevertheless, like the exterior, the interior has retained a large measure of its historic integrity, including many of the details, fixtures, and furnishings." 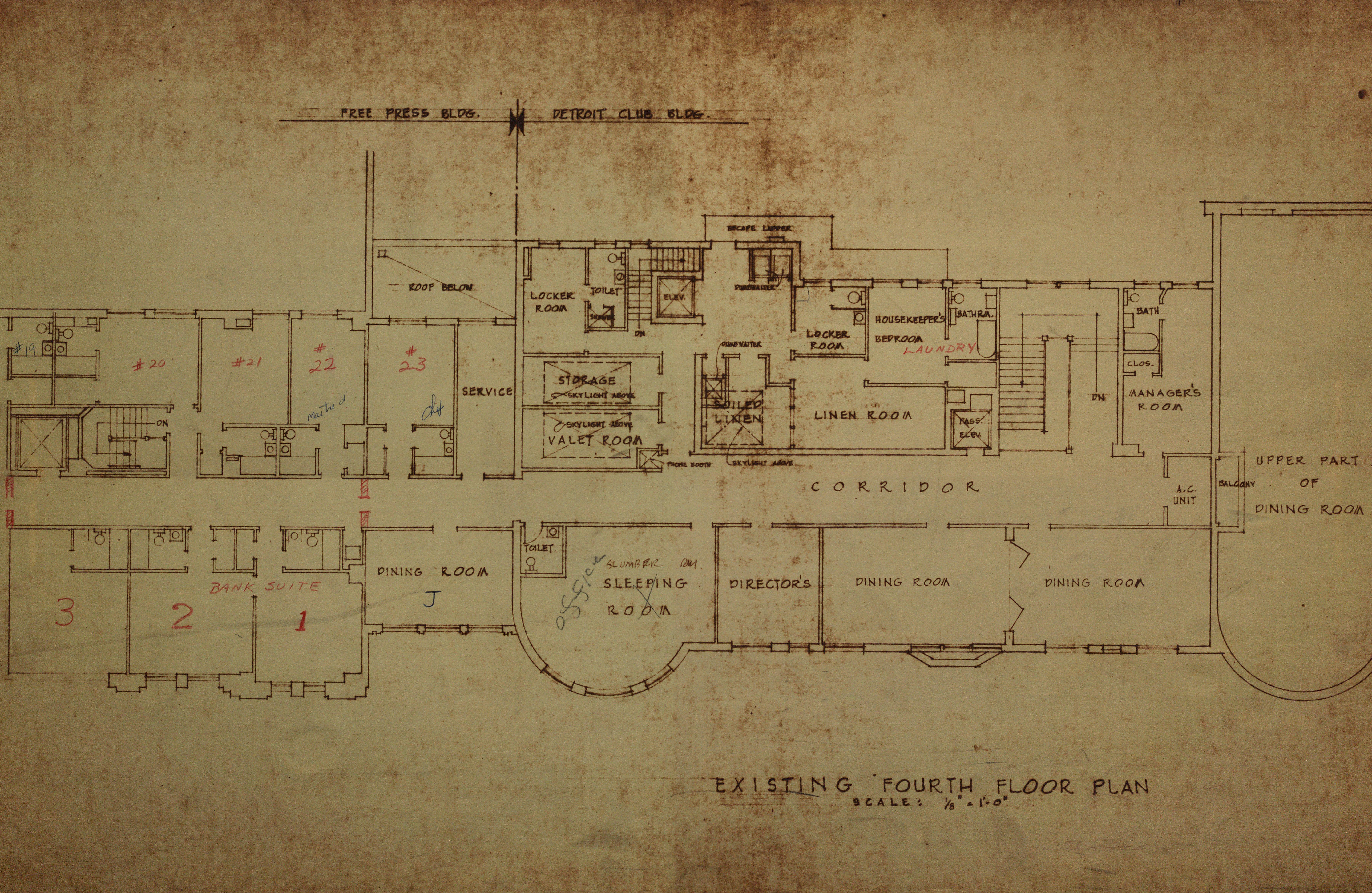 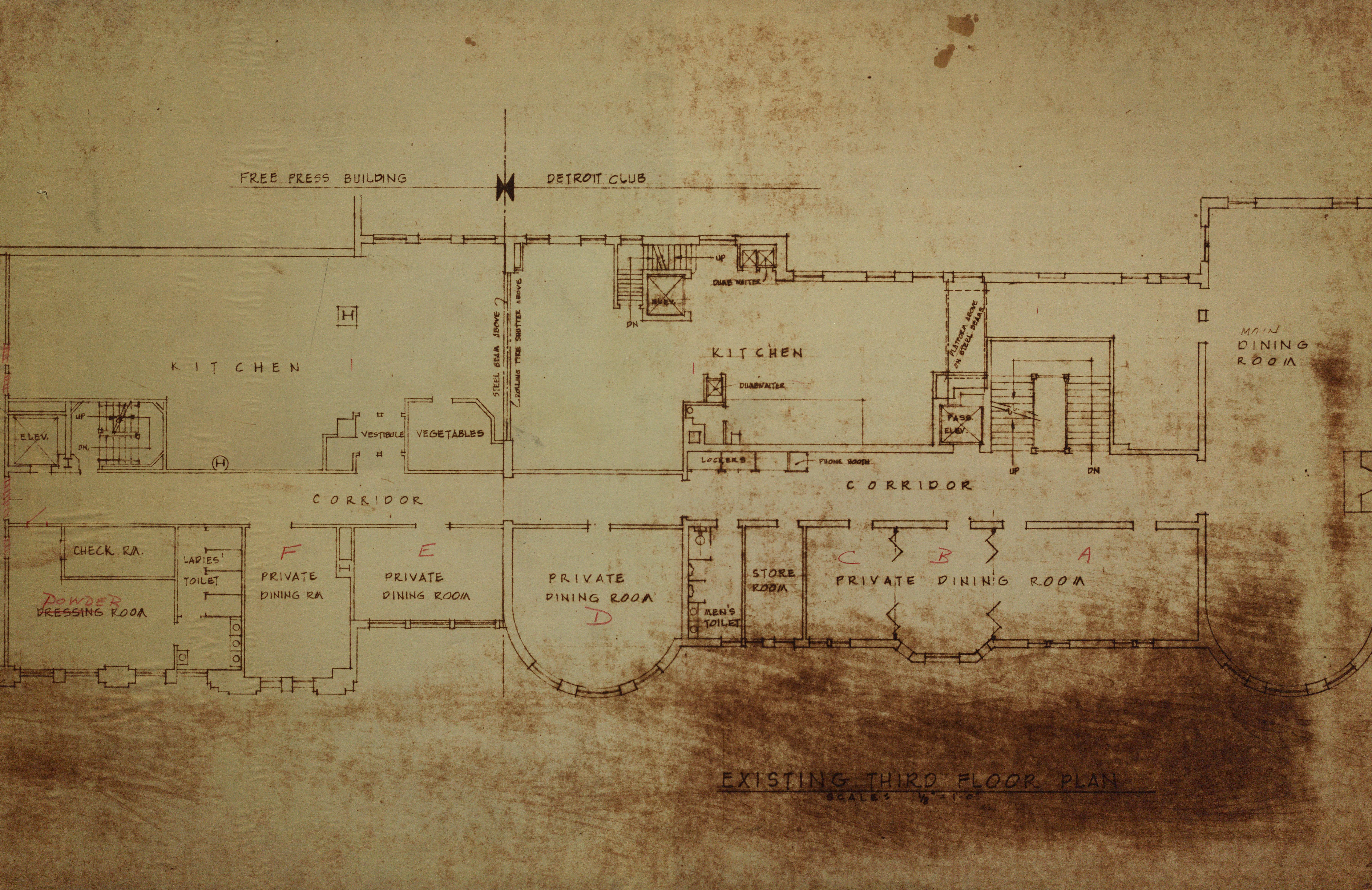 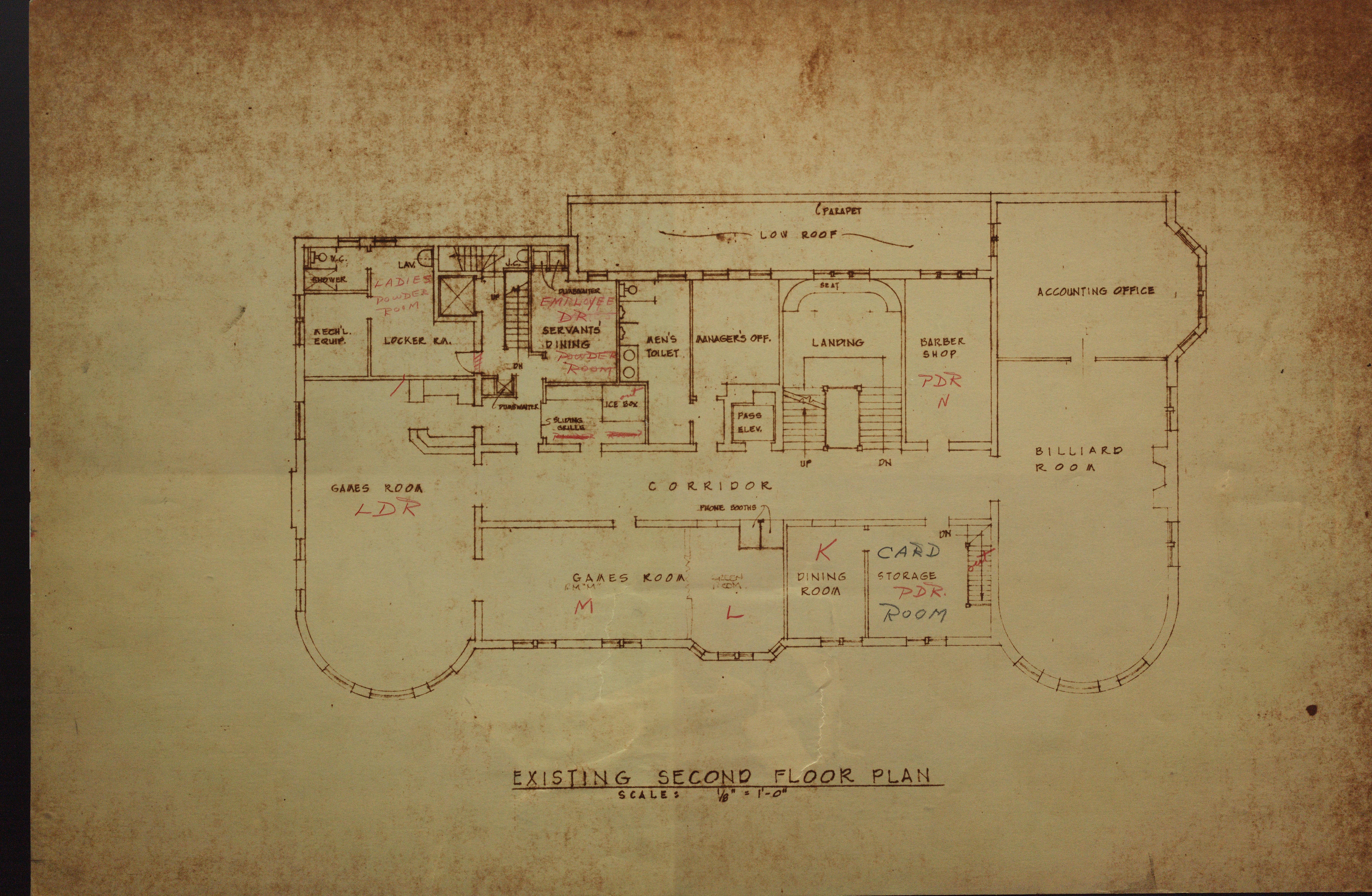 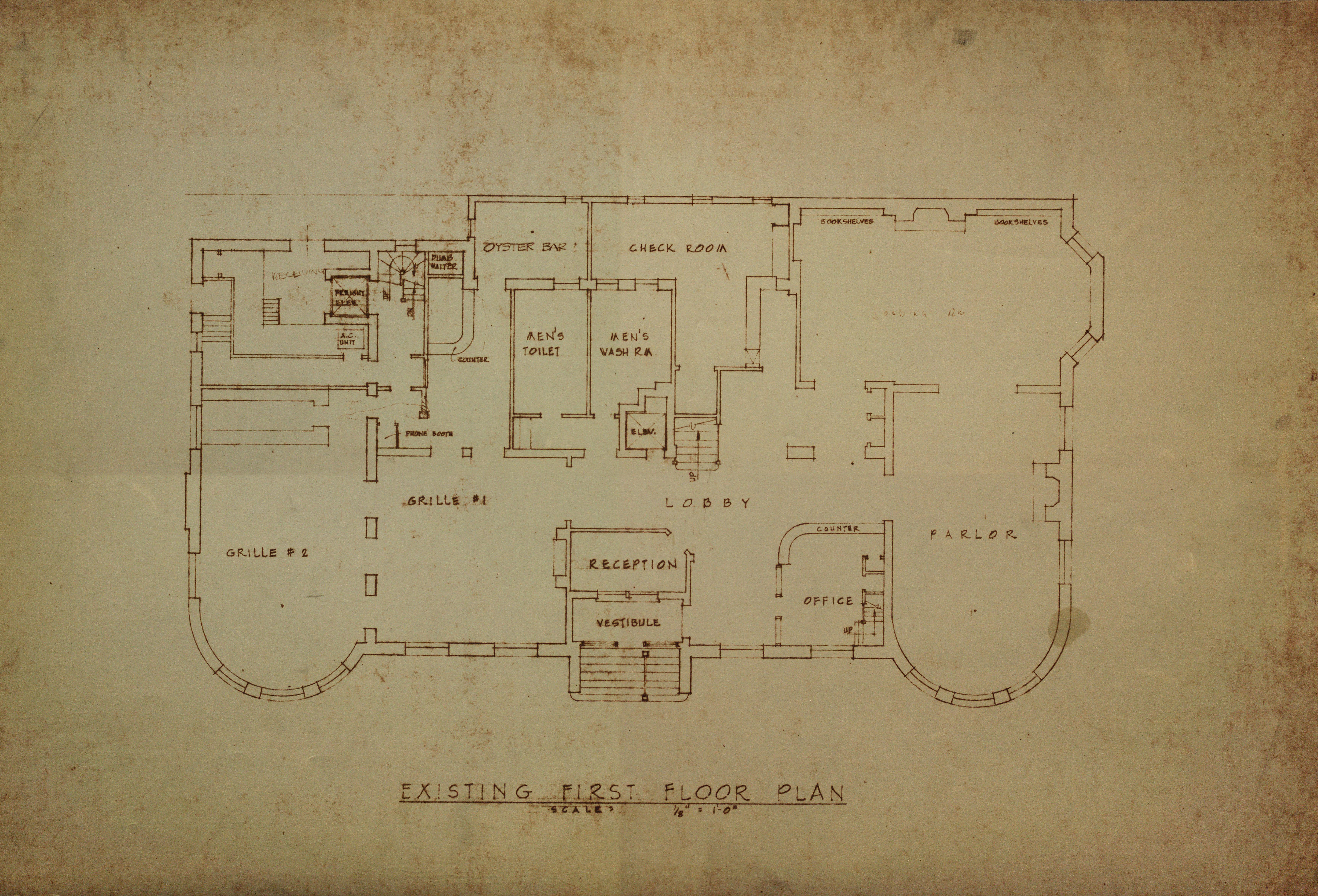